Did you miss the livestream on May 19th? You can catch up on everything you missed right here, or alternatively head to the bottom of the post to watch the entire thing!

Can you believe it’s been almost two months since we released Archaeology? Time flies. In previous livestreams, you’ve heard from the developers who designed this brand new skill, but this week the various art teams told us about the work that went into bringing this to life.

Before developers could start building Archaeology, the concept team tried to visualise what this new skill could be. To start with, these artists didn’t have a huge amount of information so could only conjure quite generic depictions of Archaeology. These were then refined to include elements more specific elements that designers wanted to feature. 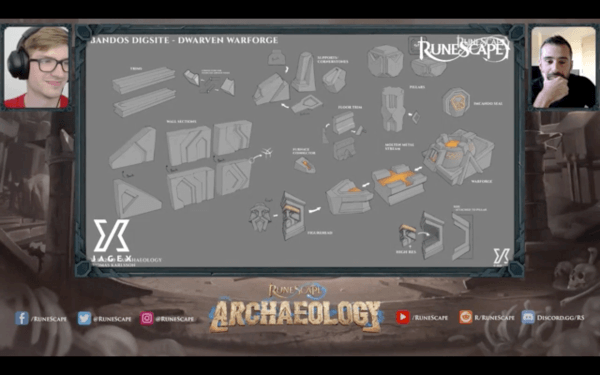 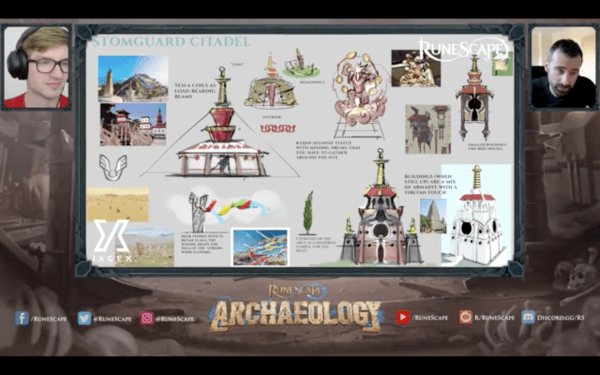 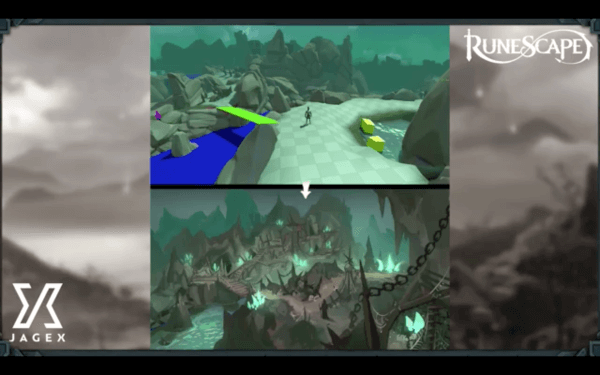 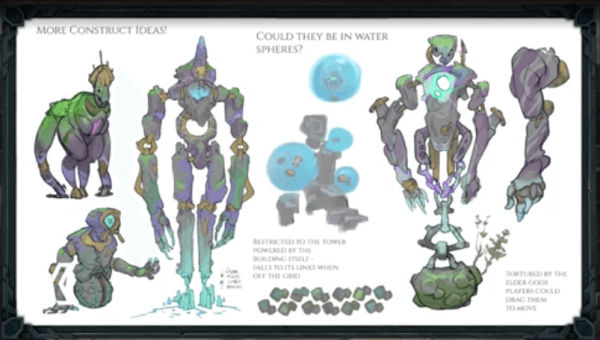 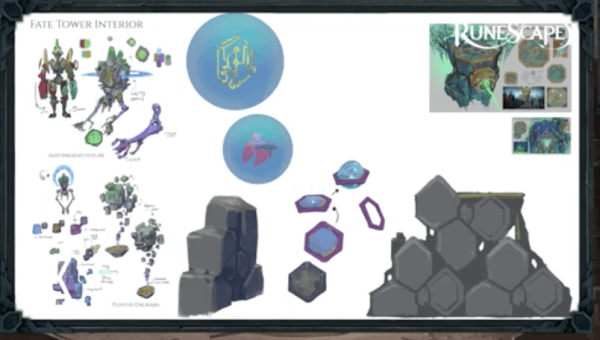 “The concept stage is so exciting, so many ideas can come from it. It’s not just about proving a solution based on the ingredients you’ve been given. Sometimes you come up with really cool ideas which can make it into the final product if the designers like them.”

After the concept artists have shown what something could look like, the environment team steps in. These artists start to build what is shown in the concept art, creating basic white box or blockout environments. These help to illustrate where things should be in the world, as well as how big things are in relation to each other. 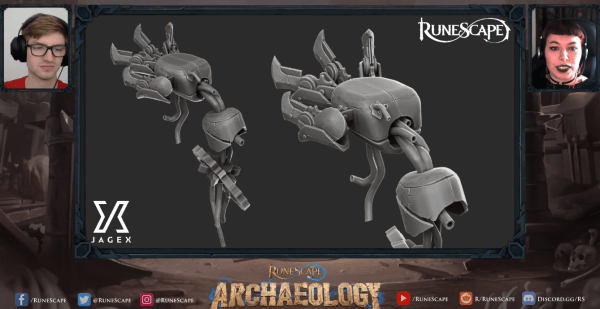 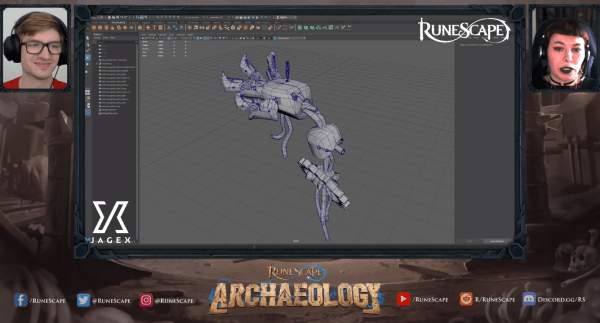 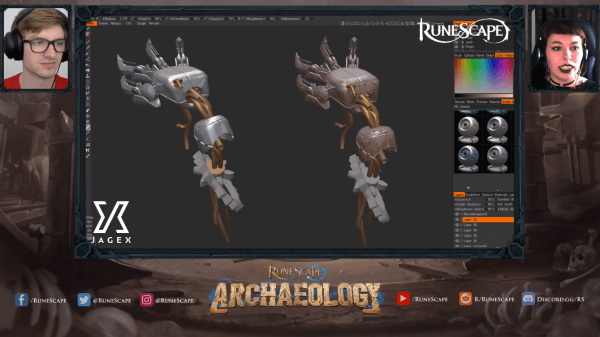 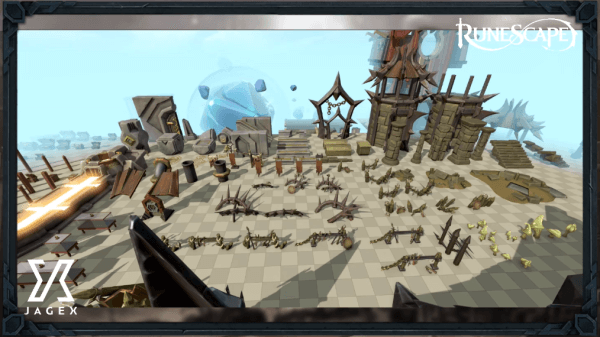 “Creating environments is a very iterative process. It starts with these rough blockouts and there’s a back-and-forth between developers and art on how to make things look and feel good for players and meet all the requirements for the skill.”

As well as discussing the process behind creating assets and environments, Mod Sel appeared on the livestream to show us what goes into the scholar and treasure hunter, Movario. 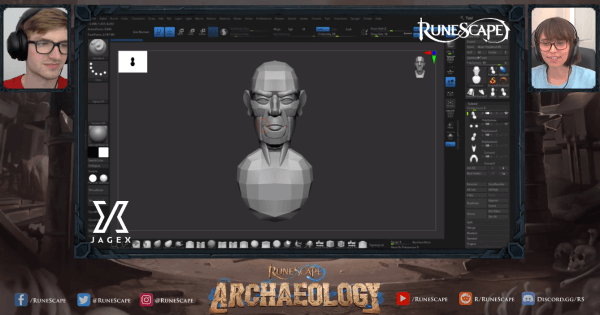 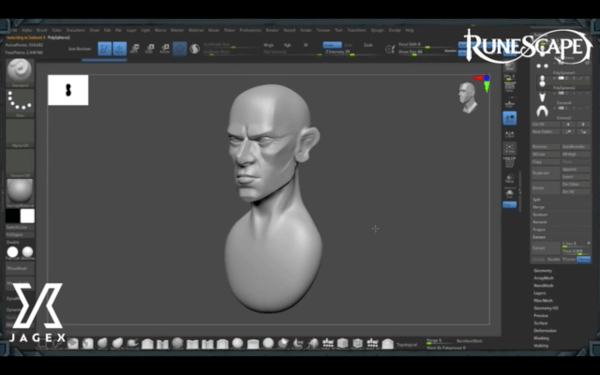 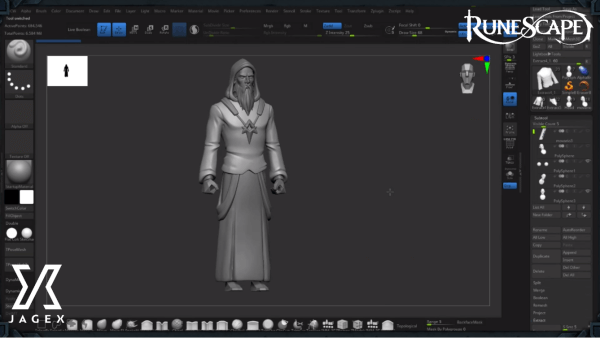 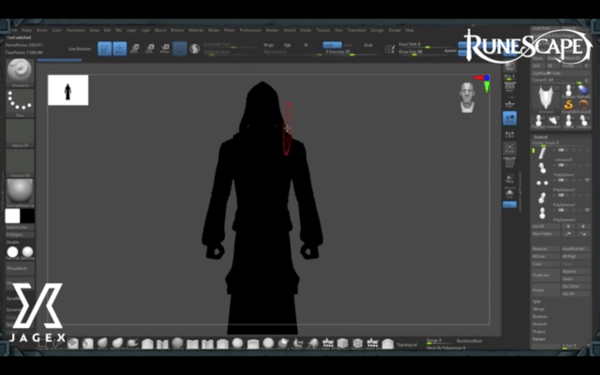 “It’s a lot of fun. There’s a lot of problem solving involved in character art. you’re always kept busy and will rarely be working on the same kind of thing.”

Finally, we spoke to some of the animation team to discuss their work on Archaeology. Firstly, Mod Wing stopped by to – true to his name – show us how the new flying animation was created. Normally the team looks at reference footage or films, doing whatever needs to be animated to get an idea of what it looks like. 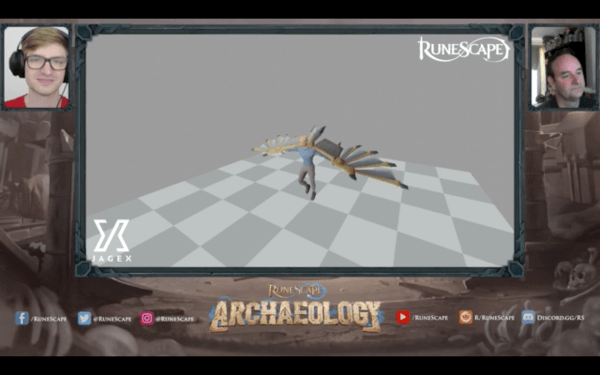 Mod Paul B finished up the stream by showing us how the pint-sized Archaeology skill pet Archie was made. 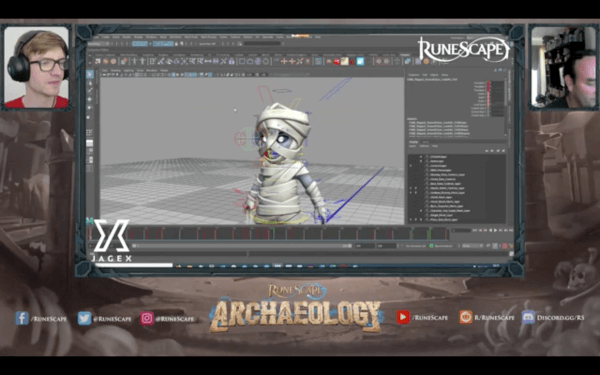 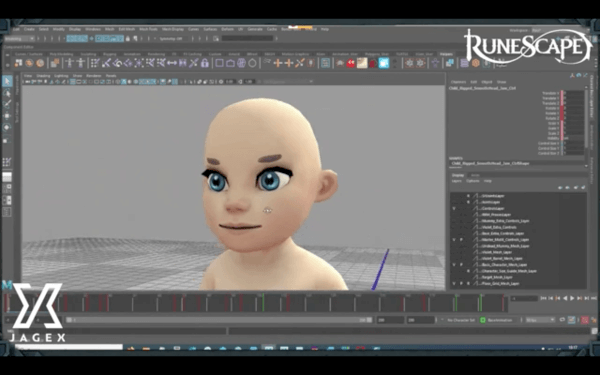 “We’ve done environment animations before in RuneScape, but we’ve never really spent a huge amount of time on it. Archaeology is very environment focused and the environment artists did a great job on the areas, so we wanted to add to it as well to help give settings a lot of life. That is something we want to carry on into the future as well. We want to tell stories with the environment, not just characters and NPCs.”